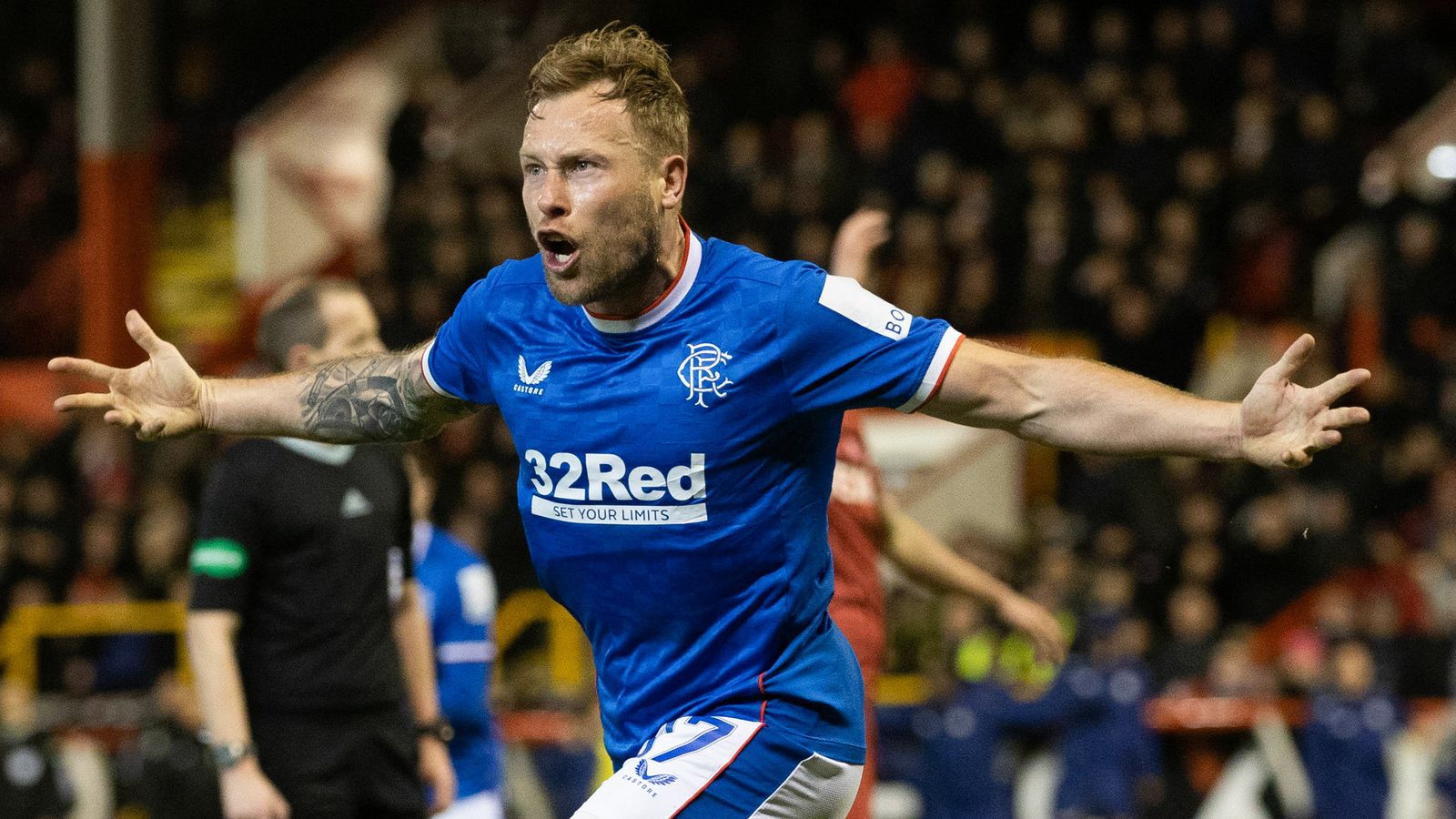 Jim Goodwin’s men were on the verge of beating the Ibrox side in the league for the first time since 2016 until substitute Arfield struck twice in added time.

The midfielder scored in the 95th and 97th minutes to complete a remarkable turnaround and leave Aberdeen stunned.

Arfield’s late intervention has cut Rangers’ gap on Celtic to six points ahead of their game against Livingston on Wednesday, while Aberdeen are 14 points behind the Ibrox side in third.

Aberdeen boss Jim Goodwin came in for widespread criticism following his side’s defensive display in the 1-0 home defeat by Celtic on Saturday and his side were keen to make amends, making early inroads towards the Rangers box.

The visitors, though, were confident and purposeful in possession and their opener came after a one-two between former Aberdeen midfielder Ryan Jack and Alfredo Morelos.