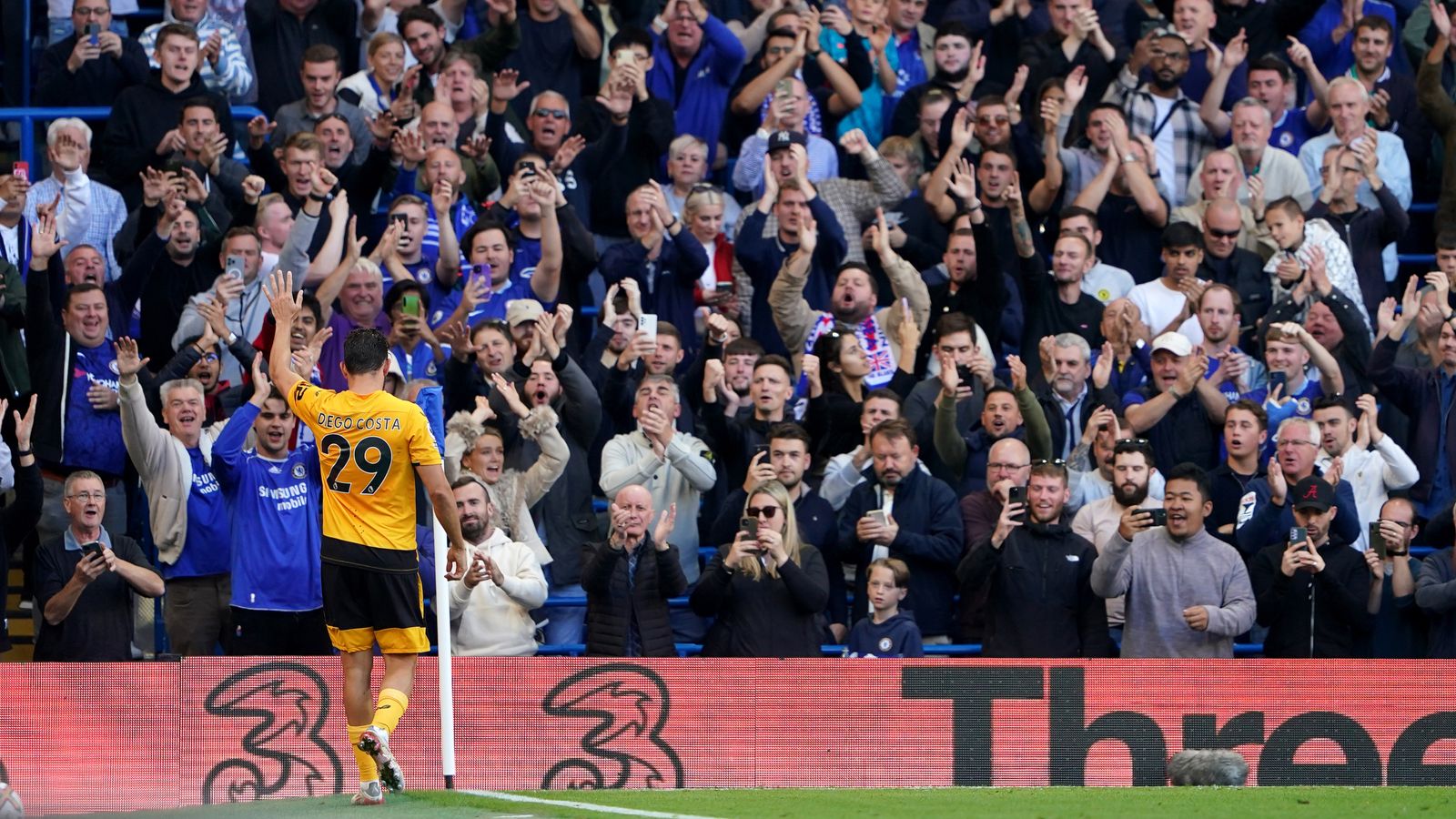 Report and free match highlights as goals from Kai Havertz, Christian Pulisic and Armando Broja’s first for Chelsea help the London side cruise to a victory which moves them fourth in the Premier League; Diego Costa returned to Stamford Bridge but was unable to inspire third-bottom Wolves

Chelsea cruised to a 3-0 win over managerless Wolves in Graham Potter’s first home Premier League game in charge to move fourth in the table and extend a poor start to the season from the visitors.

Diego Costa’s return to Stamford Bridge was a big talking point but the two-time Chelsea Premier League-winner was unable to trouble his former side, with Wolves, led by academy coaches Steve Davis and James Collins, on the back foot for much of the contest.

After passing up a series of chances, Chelsea eventually made their first-half dominance count when Kai Havertz (45+2) looped a header in off the far post and a relieved Christian Pulisic (54) – who could have had a hat-trick in that opening period – put the result beyond doubt after a smart exchange with Mason Mount, scoring his first goal of the season.

Costa, making his first Premier League start since May 2017, received a standing ovation from the home fans when he was subbed off on 57 minutes but even with the iconic forward in their ranks, Wolves had looked toothless in attack.

They have scored just three times in their nine league matches this season – as many goals as Chelsea ended up with in this match, when Armando Broja (90) stepped off the bench, beat the offside trap and fired in a late third for his first goal for the club – to continue Potter’s unbeaten start in style.